by Mark Shaw and Simone Haysom

Detour on the Road to Kyoto: Making the UN Crime Congress relevant under the shadow of Covid-19

People and forests at risk: Organized crime, trafficking in persons and deforestation in Chihuahua, Mexico

Mark Shaw’s latest article with Simone Haysom for the Journal for Modern African Studies recounts the rise and fall of the Johannesburg bouncer mafia, a series of violent and competing groups that dominated the city’s underworld from the late 1980s until the early 2000s.

The Johannesburg bouncer mafia was born out of a set of tough, white, working-class boxing and sports clubs in Hillbrow and south and east Johannesburg. Sharing a background of apartheid-era military service, the bouncers evolved from independent ‘heavies’ into a set of registered private security companies competing for turf and control of the illicit drug trade. Changes in the prevailing political and socio-economic environment of the country during the transition to democracy were reflected in structural changes in the city’s night-time economy; this led to the consolidation of the bouncer mafia, which, by early 2000, had concentrated into one company, Elite, assuming almost complete control of protection of the drug trade in clubs.

While the bouncer mafia was one of several emerging criminal networks at the time, although the most prominent in respect of Johannesburg’ s changing illicit drug economy, they provide a useful example of how organised crime originated during South Africa’s transition: a fact often commented on, but little understood.

A series of prevalent factors and changes in the industry precipitated the dramatic decline of the bouncer mafia: socio-economic transition altered not only the racial profile of key areas, but also the face of policing, resulting in a weakening of the networks between bouncers and the police. The increasing recruitment of African bouncers by clubs themselves – primarily from Congo and Nigeria, they were cheaper than their white counterparts, more easily available when the former white bouncer recruitment networks dried up, and less prone to violence – facilitated a shift in control of the city’s drug trade to Nigerian criminal networks, thereby laying the foundation for a critical component of modern organised crime in Johannesburg.

A study of the bouncer mafia may yield important conclusions for the rise and fall of criminal groups. Informed by the experience of members themselves, this account provides an opportunity to study the conditions under which organised crime groups take root during periods of political, economic and social transition, including how such groups recruit, consolidate, compete and how they may decline and be replaced. The narrative is told in three phases, their growth, consolidation, transition and decline. 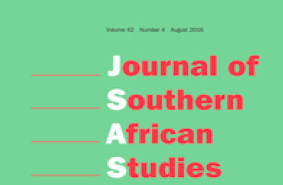 The Rise and Fall of the Johannesburg Bouncer Mafia, 2016

“If we speak up, we get shot down”: Building resilience in Glebelands Hostel

Held to Ransom: An overview of Mozambique’s kidnapping crisis