Taking the measure of crime

Subscribe to the dedicated newsletter to get the link to watch the launch event > http://eepurl.com/hC-Rk5

The Global Organized Crime Index is the result of a two-year endeavour to evaluate levels of crime and resilience in all 193 UN member states. Through this data, it is hoped that the Index will help inform a truly global response to the pervasive threat of transnational organized crime.

Organized crime is a scourge that afflicts countries in every corner of the globe, from tiny island states to large economic superpowers, and is an underlying driver of many major geopolitical challenges including conflict, political instability and forced migration.

Because of its clandestine nature, however, often little is known about how organized crime operates in each country. To address this knowledge gap, the GI-TOC has developed the Global Organized Crime Index, a unique, data-driven analytical tool that evaluates 193 UN member states according to two metrics: according to their criminality on a score from 1 to 10 (lowest to highest organized crime levels), which in turn is based on their criminal markets score and criminal actors score; and according to their resilience to organized crime, from 1 to 10 (lowest to highest resilience levels).

The results of the first edition of the Global Organized Crime Index, outlined in the flagship report and the interactive Index website, paint a worrying picture of the reach, scale and impact of organized crime in 2020. Perhaps the most stark finding of the Index is that the majority of people worldwide live in countries with high levels of organized crime. The Index also shines a light on the ubiquity of some of the most insidious forms of exploitation that are perpetrated by criminal actors the world over, including individuals and networks operating from within the state apparatus. The Index also illustrates the widespread shortcomings in global levels of resilience to organized crime, from weaknesses in criminal justice systems to rampant corruption and violent crackdowns on the freedom of the press and civil society.

As a snapshot of 2020, the Index also highlights the adaptability of organized crime to the pandemic. In the face of lockdowns and travel restrictions, criminals not only retooled their regular business, but also exploited new opportunities presented by the global health crisis. Individuals, communities and businesses struggling to stay afloat also became increasingly vulnerable to organized criminal behaviour, either as victims or as perpetrators, albeit more often than not due to the absence of any viable alternatives.

Addressing the pervasiveness and entrenched nature of organized crime revealed by the Index will require a coordinated global response, but as yet this remains lacking. By providing a consolidated hub of data and baseline evidence of the phenomenon in countries across the world, the Index aims to be a catalyst for further debate on transnational organized crime. Ultimately, the Index strives to inform policymakers and regional bodies so they can prioritize interventions based on a multifaceted assessment of vulnerabilities and enhance national, regional and global cooperation in countering organized crime. 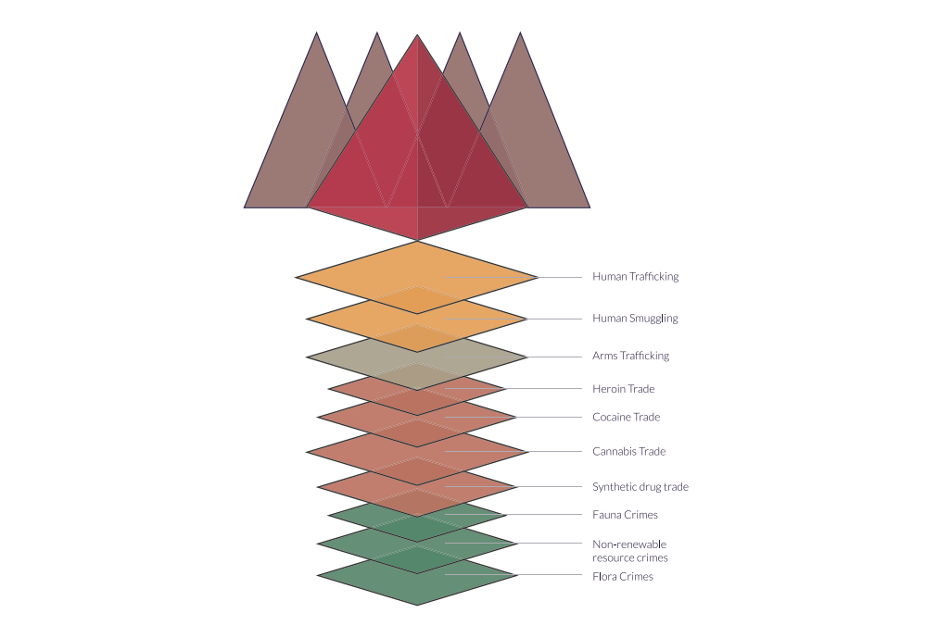 On 28 September 2021, the GI-TOC will launch the 2021 Global Organized Crime Index. This project draws upon a two-year effort to develop the tool, involving over 350 experts worldwide, including the GI-TOC’s regional observatories, members of the GI Network of Experts and many other independent journalists, academics, researchers and members of civil society.

Subscribe to the dedicated newsletter to get the link to watch the launch event > http://eepurl.com/hC-Rk5