Record-breaking cocaine seizures between 2019 and January 2021 in West Africa have drawn international attention to cocaine trafficking in the region. These incidents also position Guinea-Bissau, and its neighbouring vulnerable littoral states, at the heart of the region’s drug-trafficking activities.

The coastal countries stretching from Senegal, through Gambia and Guinea-Bissau to Guinea are once again operating as a major corridor for Latin American cocaine flowing through West Africa en route to end markets in Europe – following a lull in this route, or at least a period of diminished visibility. Cocaine production in Latin America has now reached unprecedented levels, and demand in Europe has simultaneously surged. The seizures over the last two years exceed any in the region’s history.

Traffickers import cocaine into West Africa through multiple maritime entry points, both in the coastline stretching between Senegal and Guinea, and further south, with Cote D’Ivoire playing a prominent role since 2019.

This brief focusses on the corridor between Senegal and Guinea, and the geopolitical characteristics underpinning cocaine trafficking in this sub-region. 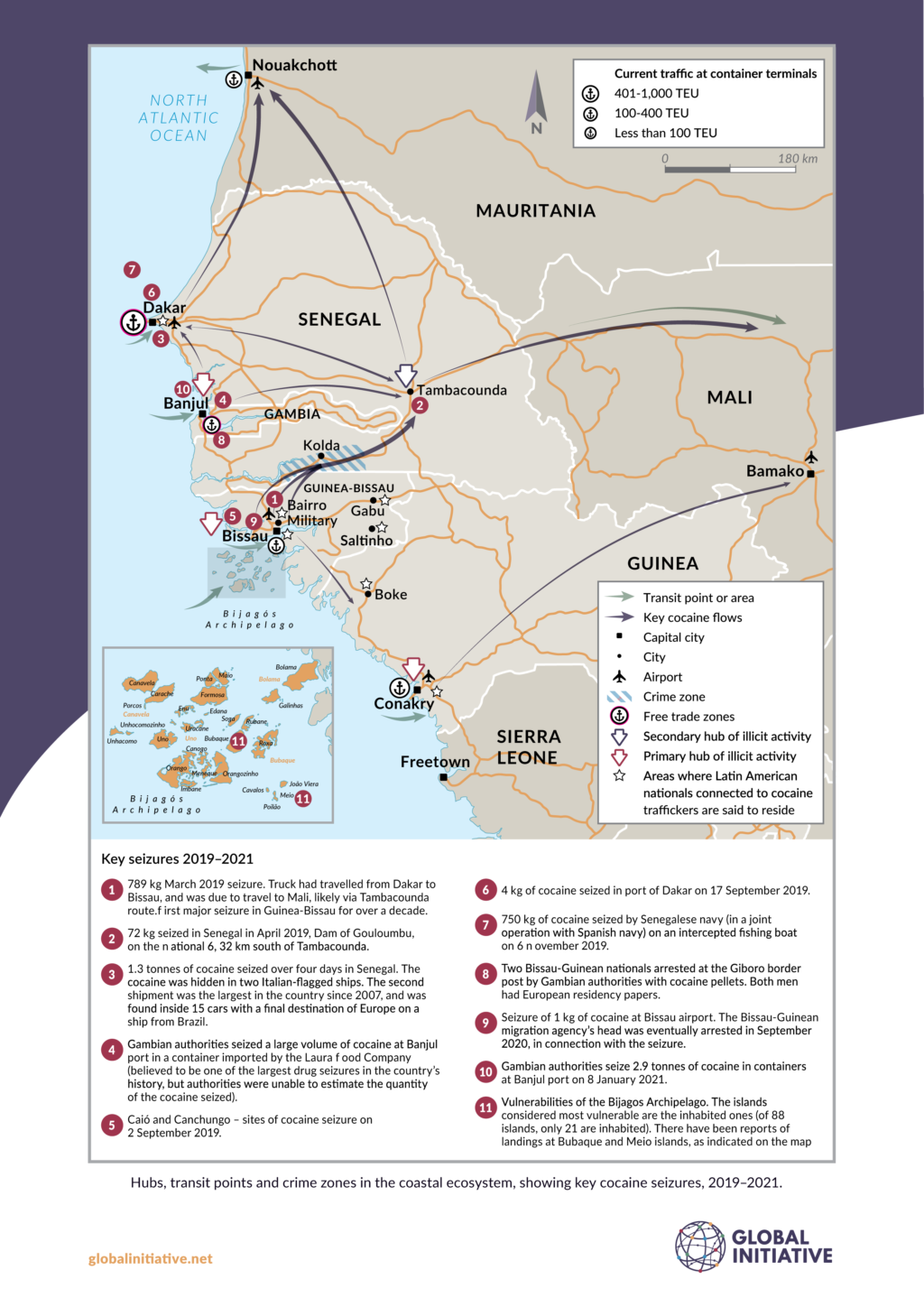 The structures underpinning the import, storage and onward trafficking of cocaine through this corridor are best understood as a criminal ecosystem composed
of a number of closely interlinked hubs, transit points and crime zones (referred to here as the ‘coastal ecosystem’). The socio-political and infrastructure characteristics of each shape their vulnerability to exploitation by criminal networks. Mapping these illicit hubs and understanding their role in facilitating trafficking activities through the cocaine corridor enhances the understanding of the subregional cocaine economy, of the interlinkages between the various hubs and actors in the illicit market, and it informs the cross-border subregional response required to address the problem. This brief examines this coastal ecosystem, using data from recent seizures to highlight how criminal networks leverage its geopolitical characteristics in their operations.

The Seidi Bá cocaine trial: A smokescreen for impunity?