From resolutions to responses:

In 2018, 40% of UN Security Council Resolutions demanded a response to organized crime. Here, we present insights into the United Nations Security Council’s (UNSC) perception of the role of organized crime in contemporary conflict through an updated analysis of references to organized crime in UNSC resolutions. This builds on our previous analysis of 1 113 resolutions passed between 2000 and 2017, and adopts a similar methodology while incorporating the 54 new resolutions passed in 2018 since the earlier report. The dataset used as a basis for this analysis has been developed into an interactive online tool.

Although references to organized crime in resolutions should not be understood as a proxy for the scale of organized crime – nor do these resolutions necessarily reflect the real-world nature of conflicts on the ground – the continued, and growing, recognition of the role of organized crime and illicit markets by the world’s highest peacekeeping authority should not come as a surprise. Criminal markets intensify levels of violence and provide significant sources of funding for both state and non-state armed actors in conflicts. Occasionally, they create criminal war economies and interests that are so deeply entrenched in the local social fabric that efforts to negotiate and sustain a peace process are subverted.

This is especially the case in African countries, which were the centre of attention of more than two-thirds (68%) of resolutions referencing a form of organized crime in 2018. This serves as a sobering reminder of the continued influence of criminal markets in African countries and Africa’s growing role in the global criminal economy.

One notable African case where organized crime has played an active role in fuelling conflict is the security situation in northern Mali that has developed since the emergence of insurgencies there in 2012.
In particular, the trafficking of humans, drugs, arms and oil, is consistently referred to in resolutions pertaining to that country (see Figure 2). Control over lucrative smuggling routes between competing armed groups in northern Mali has been an essential source of armed-group funding given the ease of access to tradeable commodities.

Besides corroborating the continued acknowledgement that illicit markets have become key factors in fuelling conflict, our latest analysis also finds that more kinds of illicit markets are being identified as influencing conflict dynamics. The average number of crime types mentioned in UNSC resolutions in 2000 was 2.5; that figure increased to 3.7 in 2018, the highest to date (see Figure 3).

The number of crime types identified per UNSC resolution has continuously followed an upward trend since the beginning of the millennium, with a steady increase in crime types since 2010, as seen in Figure 4. This recognition is a positive development, since diversification plays a key role in the survival of criminal groups. As criminal networks expand their reach and increase their revenue streams, they simultaneously increase their ability to adapt and resist efforts directed at disrupting their activities. 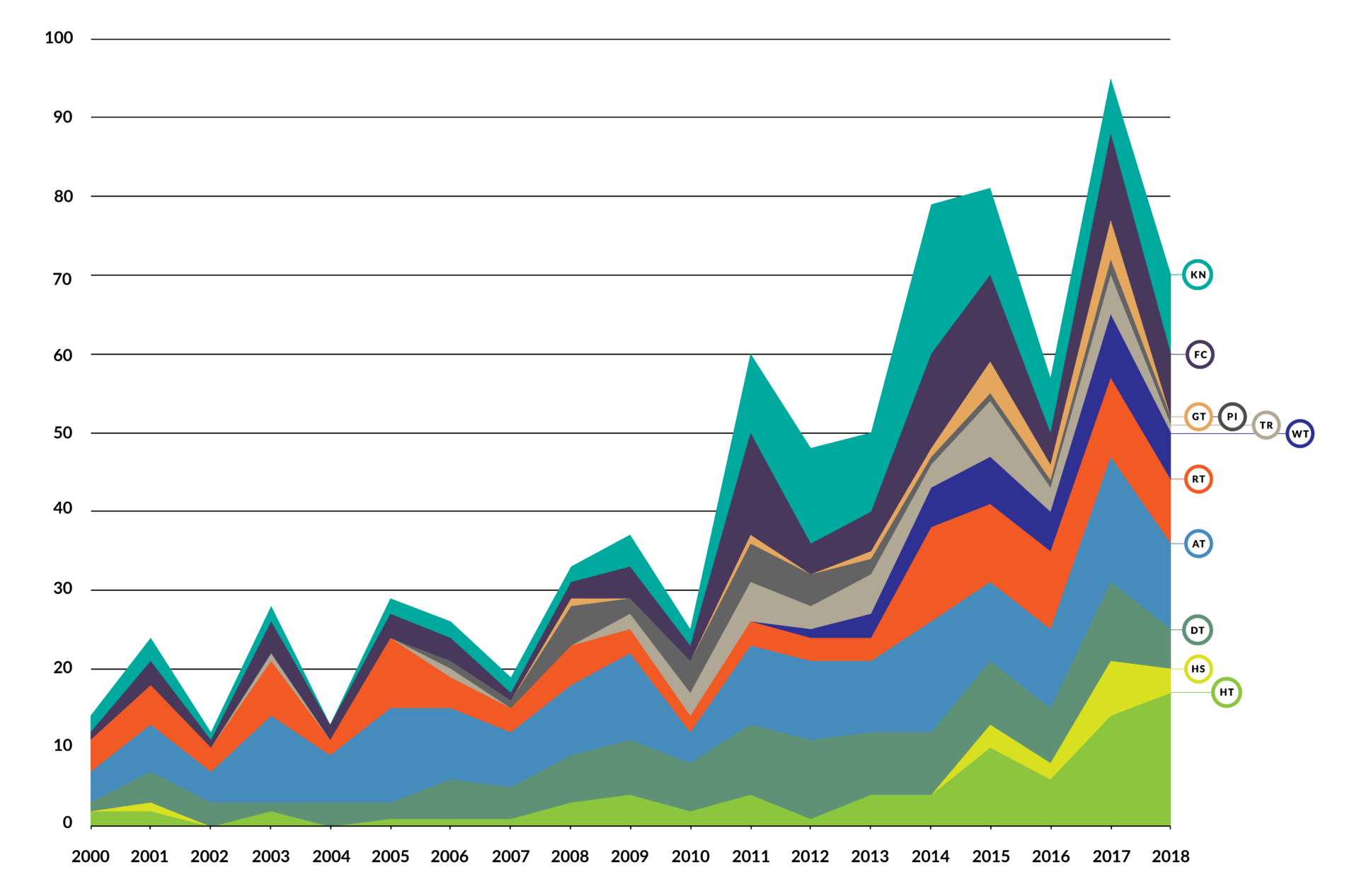 Figure 4: Number of resolutions mentioned, by type of crime (See key below)

Now that the UNSC has increasingly recognized, in its resolutions, the role played by organized crime in fuelling conflict, and the fact that armed actors seek to diversify their criminal market activities to increase their revenue and sustain their operations, the priority challenge now is how to convert this visible international recognition into more holistic and preventive responses.

Far-Reaching but Fragmented: The UN System-Wide Response to Organized Crime

Covid-19 and crime: A response develops at the UN