Organized Crime in the Levant

Organized crime and illicit economies in the Levant are as varied as they are prominent. The region’s location on the Mediterranean Sea and at the intersection between Europe, Africa and Asia make this area particularly well placed to facilitate the transnational movement of commodities and people (both formally and informally). 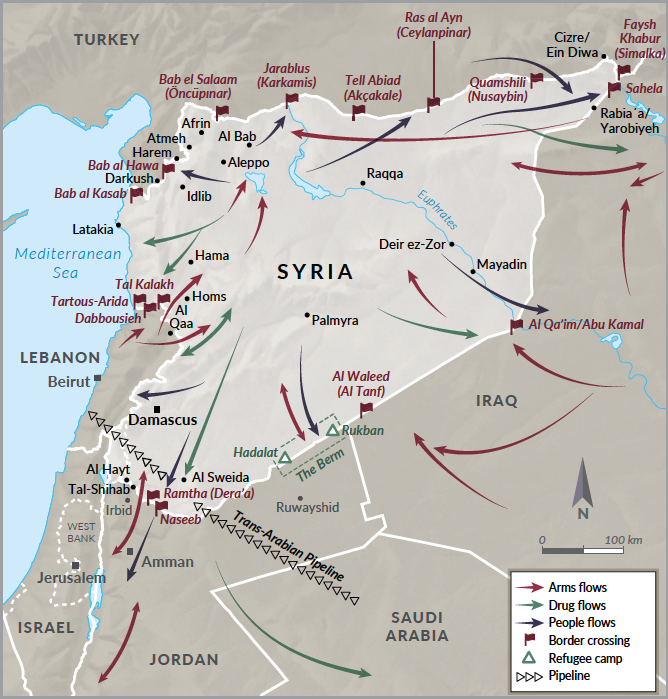 Organized crime in the region is tied firmly to a legacy of historical links and dynamics. Syria and Lebanon in particular are tightly bound commercially, linguistically, socially and politically, and these ties translate into an environment where illicit economies in one country directly affect society in the other. Likewise, Syria’s lengthy desert borders with Jordan and Iraq have been historically fluid, with local tribes moving across them. Lack of border control is owed to limited political will, coupled with the practical challenges of providing meaningful coverage over these vast borders that extend along tough terrain. These circumstances allow for criminals and other locals to move commodities illicitly between countries with little difficulty.

This report analyzes organized-crime economies in the political-economic context of Lebanon, Jordan and Iraq, and their links to the current Syrian conflict and amid the pandemic. 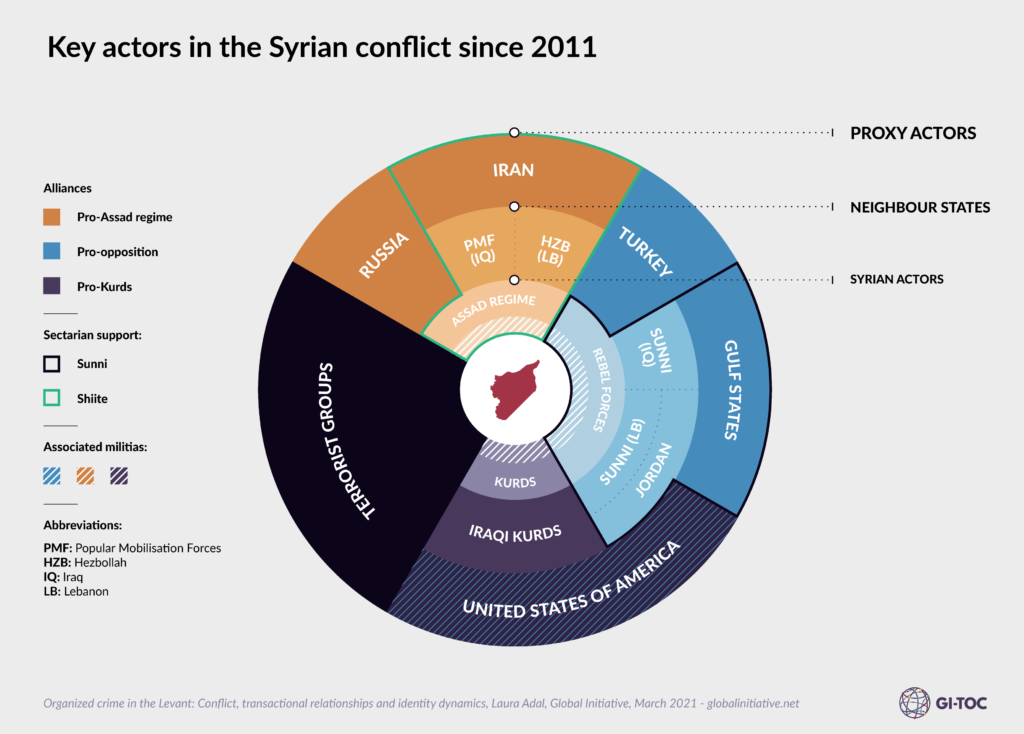 Organized Crime in the Levant