Nearly 20 years after the adoption of the UN Convention against Transnational Organized Crime (UNTOC), in 2018 the Conference of the Parties (COP) established a review mechanism to the convention. But the mechanism presents a number of drawbacks, including low levels of transparency, absence of country visits and limited opportunity for civil society engagement. The Global Initiative Against Transnational Organized Crime is launching a webpage to help address some of these challenges, providing civil society stakeholders with useful resources to help them with the review process.

The first cluster of reviews  under the UNTOC Review Mechanism, in which countries – divided into three groups – review each other, has already got off to a rocky start, as a number of countries are behind schedule. Although countries in the first group were scheduled to begin this process in December 2020, as of September 2022 only half of them had initiated the review. Countries in the second group were to start theirs in November 2021, but to date less than a third of reviews are in progress.

Those in the third group are to start in November 2022, but the delays raise questions as to whether the mechanism is receiving enough political attention and financial support for countries to adhere to the timeline, and whether its outcomes will do justice to the resources and effort being put in. There is also some lack of transparency on country-review processes, as many states do not offer publicly available information on the status of their review, which would allow external stakeholders to gauge progress and engage.

Limited funding is also hampering progress. Budget constraints have limited the working languages of the reviews as well as country visits, which are important for trust building and information sharing between the reviewed and reviewing countries, and with civil society. In lieu of costly country visits, the COP opted to carry out the reviews virtually; if a country requests a visit, it has to cover the cost on its own. This is clearly having a detrimental effect on progress.

However, despite the lack of resources allocated to the mechanism through the UN’s regular budget, the UN Office on Drugs and Crime (UNODC) launched a programme to support the mechanism, which has offered training for over 1 500 governmental experts, and in multiple languages. The UNODC claims to be offering support to the permanent missions in Vienna, including through the COP’s president – the Egyptian Ambassador in Vienna – and the UNODC’s field network, and help is provided to states with regard to technical and substantive issues.

Although the mechanism is primarily an intergovernmental process, the international community gave clear parameters for engaging with civil society to enhance the quality of the review and ensure that the process achieves meaningful results. Civil society can be instrumental in highlighting where implementation is lacking and how this can be solved through international cooperation, technical assistance and capacity building. In addition, engagement around the mechanism can help states move beyond the technical and legal focus of the review and look at ways in which the convention can help counter new or evolving threats posed by organized crime worldwide.

A number of states have engaged with civil society during the reviews. The Global Initiative Against Transnational Organized Crime (GI-TOC) assisted Switzerland to consult with civil society in its self-assessment. The government of Mexico has undertaken a consultation meeting with civil society, supported by the UNODC’s ‘Stakeholder engagement 4 U’ programme, of which the GI-TOC is an implementing partner. The Centre for Governance Research, an independent think tank in Pakistan, is working with the UNODC and the GI-TOC to consult with civil society to inform Pakistan’s country review. And the Canada-based International Centre for Criminal Law Reform & Criminal Justice Policy has conducted a civil society consultation as part of Canada’s self-assessment process. All of these processes have used resources jointly produced by the UNODC and the GI-TOC, which have been developed specifically for this purpose.

The 11th session of the COP to the UNTOC  will take place in October 2022, in Vienna. Despite the review mechanism’s slow progress, lessons learned should be discussed at the meeting as the implementation of the UNTOC and its protocols begins to be measured by states. Even though some efforts have proved successful in providing support to member states at this early stage of the process, there is a long way to go until widespread participation of civil society is achieved. Progress is held back by lack of publicly available information on country-review processes and how civil society can take part.

The GI-TOC has created a new resource for civil society, the UNTOC Hub. This webpage gives updated information on the status of country reviews and provides civil society stakeholders with letter templates, questionnaires and other resources. It is hoped that this new initiative will support civil society engagement and participation in the review of the main international legal instrument to combat transnational organized crime. 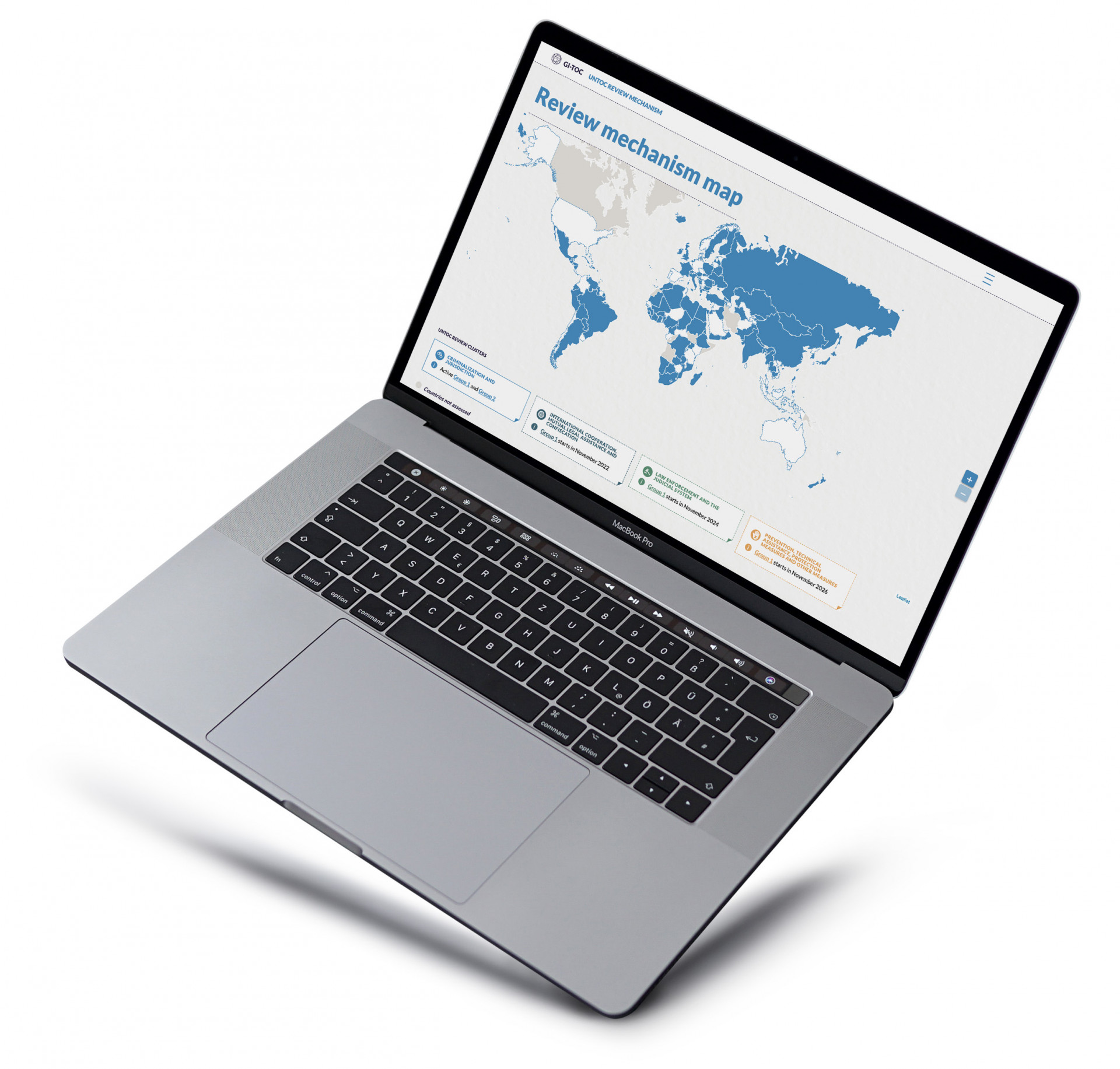 Review of the 64th Commission on Narcotic Drugs

Responding to terrorist use of the internet

Transnational organized crime: An impediment to fulfilling 'our common agenda'

Transnational organized crime: An impediment to fulfilling ‘our common agenda’