A potentially significant shift in the UN response to cybercrime is underway. Since the adoption of the UN Convention against Transnational Organized Crime (UNTOC) in 2000, and the subsequent adoption of the Council of Europe’s Budapest Convention in 2001, the internet and the scope of its use have changed beyond recognition. Although this evolution of the internet and technology is considered a ‘great accelerator’ of transnational organized crime, there has not been a similar acceleration in UN action on cybercrime since the beginning of the millennium. 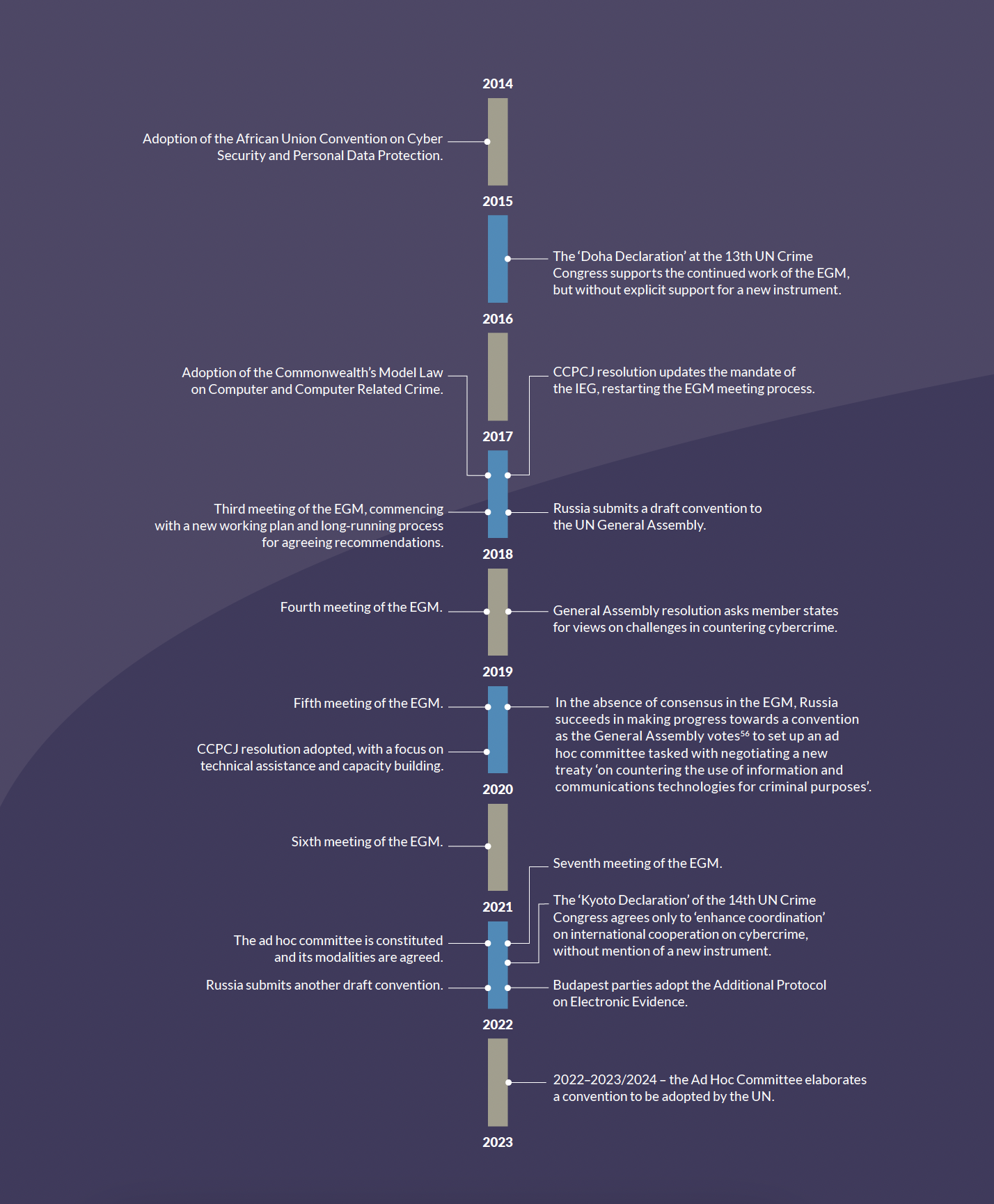 This brief outlines the substantive issues that impair the creation of a shared understanding of cybercrime cooperation and offers insights into the history of the geopolitical tensions, how they manifest, and what conclusions we can draw for the outcome of these negotiations.

Peacekeeping amid a pandemic

Trade policies to the rescue