The Evolution of Methamphetamine Markets in Eastern and Southern Africa

The purpose of this report is to examine the existing retail markets for meth across several countries in eastern and southern Africa. This will be achieved through an analysis of meth availability, retail meth prices, distribution systems and domestic marketplaces.

The report provides an analytical summary of meth markets that is grounded in data collected in 10 countries across the region with details of specific retail price points, commentary on domestic meth distribution systems and structures, and discussion of common structural characteristics across the region that enable and sustain these markets. Furthermore, the data generated from research undertaken for this report is intended to contribute to the broader regional objective of constructing an open-source database of time-series, country-specific illicit commodity price data, where applicable and practicable.

African drug markets are vastly under-researched environments. Ground-breaking new research by the Global Initiative is attempting to address this deficiency. Initial research results indicate that there is a growing synthetic drug problem advancing across the retail markets of eastern and southern Africa, one that is being punctuated by the evolving presence of meth and meth precursors, as well as other synthetic substances. These substances are moving alongside other illicit commodities and across both traditional and newly emerging trafficking routes. The new research finds that the consumer base for meth in South Africa appears to be significantly greater than initially imagined, marking it potentially among the largest meth consumer markets in the world. Furthermore, meth appears now to have market footholds in eSwatini, Lesotho, Botswana, Mozambique, Malawi, Zambia, Zimbabwe, Uganda and Kenya.

Crystal meth is available for retail purchase and use in every country of eastern and southern Africa and is being manufactured in these regions in rapidly increasing volumes for both domestic consumption and for transit into international supply chains. Today, meth is an illicit substance used in a growing number of African communities. In many places, it has displaced cannabis, the traditional standard-bearer for African drug markets, as well as heroin and cocaine. It has become a multifunctional commodity as well. Meth is used as a currency to be exchanged for other illicit goods, including poached abalone, as well as being a substance for personal consumption.

The emergence of Afghan meth 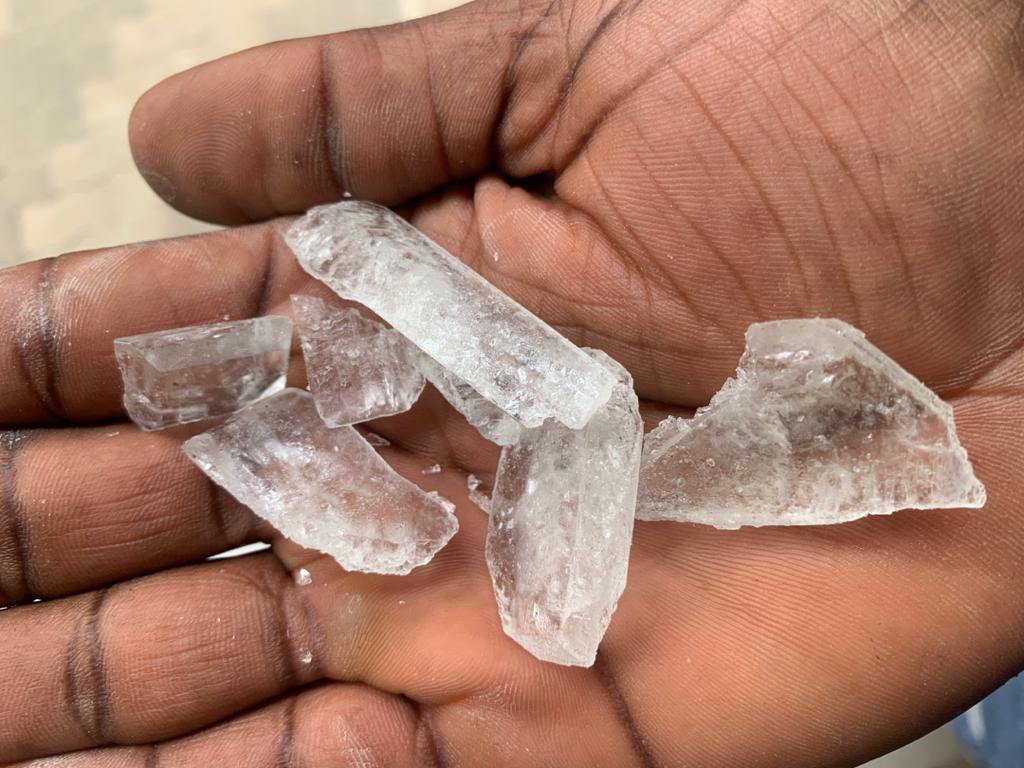 One of the most ground-breaking findings of this research is the identification of a new and previously unknown African meth production and supply chain that has emerged out of South Asia. It was unique, both in terms of its emergence as well as its alleged point of origin – Afghanistan. This Afghan flow joins those from Nigerian and Chinese-based syndicates in supplying what is a region with a significantly under-estimated population of meth consumers.

The arrival of this new Afghan supply appears to coincide with a significant shift in the last two years to the production of meth in Afghanistan’s opium poppy growing southwest provinces along the borders with Iran and Pakistan. Further, evidence suggests that Afghan meth shipments are being ‘piggybacked’ with Afghan heroin along the pre-existing maritime trafficking routes used for the latter’s international distribution. These routes originate from the Makran coast, extending west to the coastal shores of eastern and southern Africa. Landing most frequently at points along the northern coast of Mozambique, these comingled shipments of heroin and meth are then distributed using the same overland heroin trafficking routes that continue to supply the growing illicit drug marketplaces of the continental interior.

With South Africa possessing a mature, embedded meth retail market with a large consumer base, it is a primary destination for this new supply chain. However, emerging retail markets for meth are evolving quickly in the region, many of which are reliant upon the South African market for their supply.

With the continued impact of COVID-19 diverting the interdiction and surveillance capacities of law enforcement bodies in the region, there is significant likelihood that Afghan meth flows will penetrate beyond the initial South African sink, seeping along traditional smuggling routes to establish new footholds in neighbouring illicit drug markets across the region. That the consumer drug markets of southern Africa are a significant distribution node in the global meth supply chain, one connecting Mexican cartels in the West and the Taliban provinces of Afghanistan to the East, has, in many ways, been inevitable. The potential consequences of this development, however, are only just beginning to be realized in the African consumer markets where this meth is being distributed and used.

A Synthetic Age: The Evolution of Methamphetamine Markets in Eastern and Southern Africa