A political economy along the eastern African seaboard

This report examines the characteristics of the heroin trade off the East African coast and highlights the criminal governance systems that facilitate drug trafficking along these routes.

In recent years, the volume of heroin shipped from Afghanistan along a network of maritime routes in East and southern Africa appears to have increased considerably. Most of this heroin is destined for Western markets, but there is a spin-off trade for local consumption. An integrated regional criminal market has developed, both shaping and shaped by political developments in the region. Africa is now experiencing the sharpest increase in heroin use worldwide and a spectrum of criminal networks and political elites in East and southern Africa are substantially enmeshed in the trade. This report focuses on the characteristics of the heroin trade in the region and how it has become embedded in the societies along this route. It also highlights the features of the criminal governance systems that facilitate drug trafficking along this coastal route. 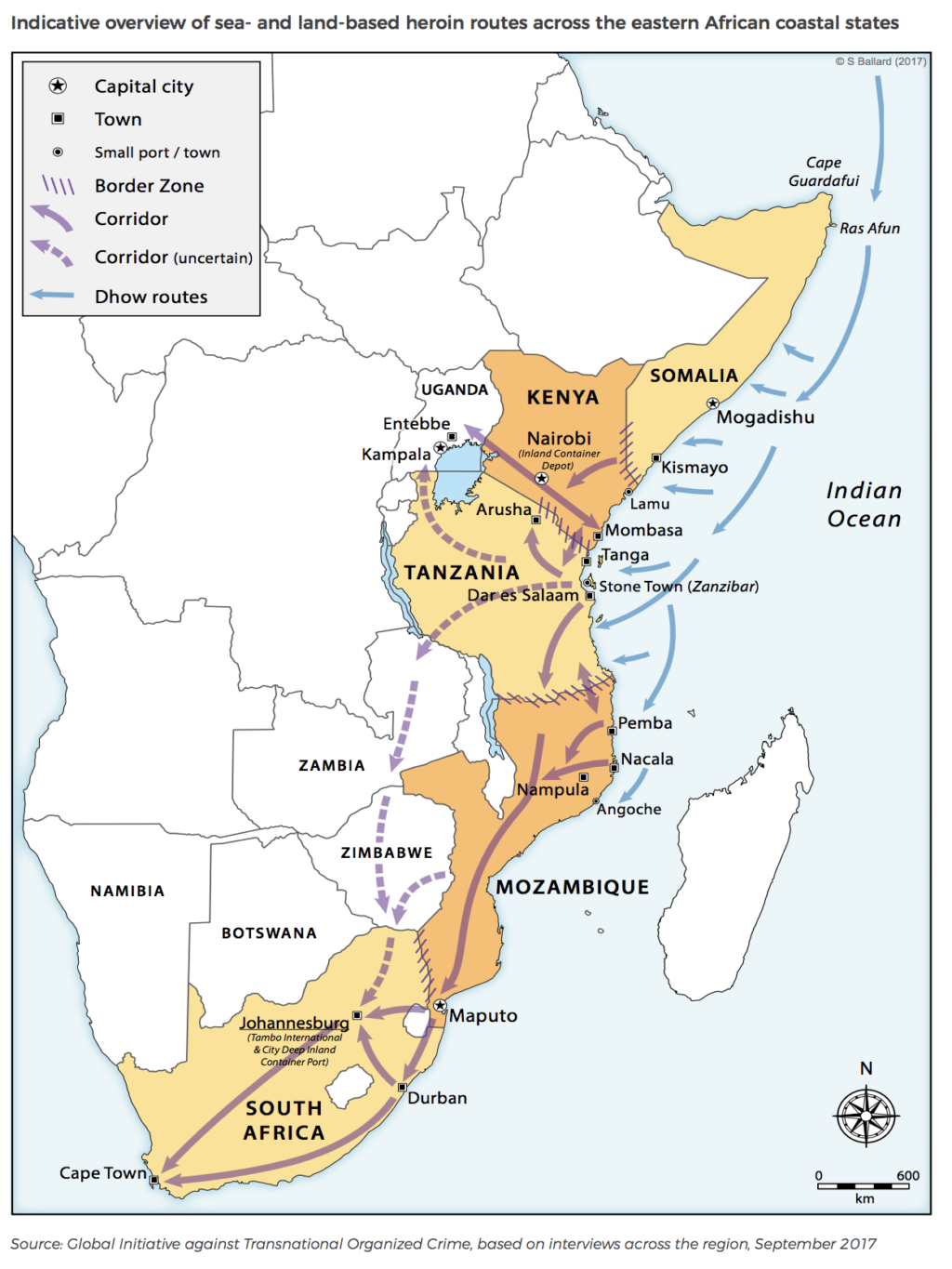 Drugs and maritime crime off the East African coast (Tanzania)

Libya: A Patchwork State Sewn Together Along Trafficking Lines

Trafficking in persons in conflict contexts