Q and A with Nadia Isler, director of the SDG Lab

Nadia Isler speaks to the Global Initiative’s Julia Stanyard on the SDG Lab’s work, its findings and how international actors seek to address cross-cutting issues, such as transnational organized crime.

The Sustainable Development Goals (SDGs), adopted in 2015, acknowledged the importance of countering organized crime as part of the global development agenda. Target 16.4 of the goals ambitiously aims to ‘combat all forms of organised crime’ by 2030. The Global Initiative has long advocated that counter-organized-crime measures should be recognized as an intrinsic part of development work. Organized crime is a cross-cutting issue that cannot be addressed in isolation. In terms of the SDGs, previous analysis from the Global Initiative has shown that organized crime has the potential to hamper achievement of many of the SDGs, andnot only Target 16.4. This includes targets on health, sustainable cities and the environment.

Secretary-General António Guterres has emphasized that the SDGs represent an ‘integrated and indivisible’ agenda that address issues that cut across different areas, and this has become a theme in subsequent discussions. Achieving this undivided cross-sectoral approach in implementing the SDGs is a key challenge for development actors.

There has been widespread discussion and some concerns raised about the indicators used to evaluate the success of implementing the SDGs. Target 16.4 is no exception to this, as there is notably no indicator that addresses ‘all forms of organised crime’ but rather two indicators focusing solely on illicit financial flows and arms. In our previous interview for UNTOC Watch with Sarah Parker of the Arms Trade Treaty, the arms indicator also came under scrutiny for only addressing ‘seized’ weapons, which may distort views of global illicit arms flows.

To discuss these issues of indivisibility and evaluation, the Global Initiative spoke to Nadia Isler of the Geneva SDG Lab,a Geneva-based initiative thataims to promote implementation of the SDGs, working with partners such as UN agencies, member states, civil society, academia and the private sector.

GI: Seeing as it’s highlighted as a central characteristic of the SDG agenda, could you outline the importance of indivisibility and what it means for the practical implementation of the goals?

NI: I think the beauty of indivisibility as a major paradigm shift in the SDGs is that, during the era of the Millennium Development Goals – althoughmany great results were achieved then–it was a sectoral, siloed kind of approach. Many results that were achieved in certain sectors could have been enhanced or accelerated had the issues been dealt with through the lenses of other sectors too. And some results could have been much more sustainable if that approach had been taken.This is why indivisibility is so important to the agenda: it creates a clear correlation between all the goals.

But, in terms of how this plays out at country level, there just hasn’t been a shift in themindset to a ‘whole of government’ approach across sectors. There have to be incentives for stakeholders to think about their goals and targets through the lens of another sector.

GI: The SDG Lab works as a ‘connector’ between stakeholders, as does the Global Initiative. Why is this important in terms ofhelping achieve the SDG agenda?

NI: The connector role is critical for many reasons, but especiallyin how it can bring different stakeholders to the table around an operational question – stakeholders who may nothave been therehad they not been nudged into doing so by the Lab. We have seen that the conversation that happens around that operational question is so much more multifaceted than if there hadn’t been that initial nudge. So we aim to add value by connecting unexpected partners around an issue, encouraging them to embrace this integrated kind of thinking.

We’ve seen a genuine wish among the multi-stakeholder community in Geneva to engage in the SDG paradigm shift, but we’ve also noticed that how to do this and who to engage with are often lessobviousto grasp. That is where we fit in: we connect different kinds of partners.

GI: Are there particular issues that the SDG Lab finds coming up repeatedly that cut across many different sectors?

NI: Yes, there are cross-cutting areas that we’ve identified as being of common interest to stakeholders. The first is the issue of funding and investingin the SDGs, which necessitates engagingthe private sector. We often hear stakeholders say, ‘We need to invest and engage with the private sector.’ But it often remains at a rather generic level, and many organizations have different understandings of what it means to engage with the private sector and what mechanisms may allow it. Where the Lab thinks it can add value is by bringing some pragmatism, simplifying things without making them simplistic.

The second is linked to the question we spoke about above, indivisibility, and what it actually means in practice.You may have the best intentions in the world as the head of a government, an agency or organization, wanting to embrace the SDGs with a ‘no-siloed’ approach, but how does one do it in practice? Many stakeholders,including member states, have come to see us saying that they have put in place an inter-ministerial task force to ensure an integrated approach but that it’s not happening, and they want to know whyand to understand from others how it’s done. We then identify the drivers, the incentives that would encourage a government to go through the pain of revisiting their governance architecture to apply the SDGs.

GI: Each of the goals is outlined with its various indicators. Could you comment on their selection and what it means, particularly for phenomena that are often very difficult to quantify?

NI: The conversation on the indicators has been acomplex and ongoing one because, clearly, indicators are so often context-specific. There was a whole debate between global and national, and now a lot of countries are defining their own national indicators. So they will be key in monitoring the implementation of the agenda. There are mixed feelings in terms of the quality of those indicators – some experts say that they’re not disaggregated enough, or not precise enough or that they won’t allow us to measure in a precise way the implementation of the agenda. There’s a lot of talk around that still, and I think it will remain an issue.

GI: What does it mean if a part of the agenda doesn’t have a specific indicator identified yet? For example, Goal 16.4 includes combating ‘all forms of organized crime’. How will work on this goal be impacted?

NI: Obviously, there’s less tension when there’s not an indicator. I’m not convinced, though, that means that you can’t measure progress, but it’s less tangible because you cannot measure directly, and particular countries cannot be singled out. But it could be that the need for such an indicator emerges eventually, evidenced by the fact that indicators have been useful in other areas. Getting indicators for those areas may be part of the journey.

GI: How do you think the secretary general’s reform agenda will benefit work on these cross-cutting issues and the ‘indivisible’ SDGs?

These issues are very much at the core of the reform agenda. Reform of the UN development system has to remain a means to an end: we’re doing it because we want the system to be fit for purpose and support the implementation of the SDGs. It’s a no-brainer that if we really want the UN to play its key role in supporting countries in that regard,it’s going to have to really work together in a non-siloed approach. That’s what the secretary general is pushing for, and the deputy secretary general has recently been outspoken on this point too.

When we talk about a ‘whole-government approach’, it’s only part of the equation. To have a whole, global, regional and national coherent approach, plus vertical coherence between those three levels, all parties will needto engage in the same way. And the UN has its responsibilities in that regard too. And I often say, indivisibility of the goals, the non-siloed approach, will happen only once the funding of the SDGs comes in such a way that it doesn’t promote a siloed approach. 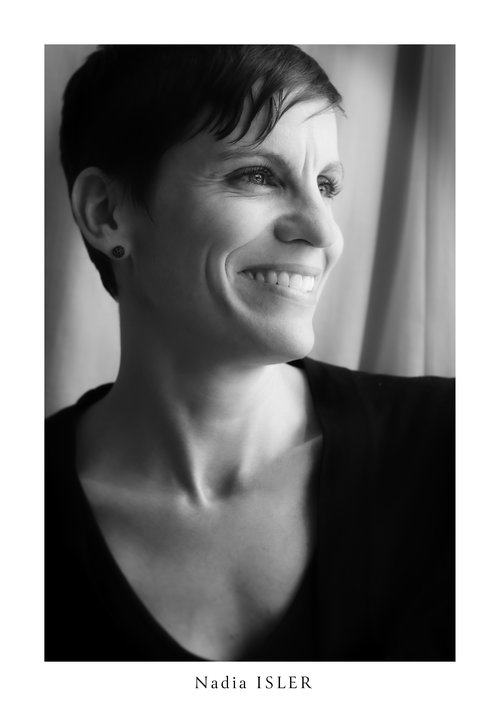 Nadia Isler is director of the SDG Lab. She has had an extensive careerin international development,with experience in bilateral cooperation and multilateral affairs within and outside of the UN system.  She started her career with Médecins Sans Frontières and the Swiss Red Cross,before joining the Swiss Agency for Development and Cooperation. Shelaterjoined the Swiss Ministry of Foreign Affairs,where she served as a diplomat, first as Deputy Head of Development Affairs at the Permanent Mission of Switzerland to the UN in New York, before leading on development affairs and the SDGs at the Swiss Mission to the UN.