Organized Crime as a challenge to UN Peacekeeping

Input to the High Level Panel 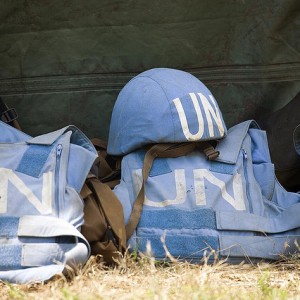 In the last review of the United Nation System’s peacekeeping operations, the 2000 high-level panel convened under Lakhdar Brahimi asserted that “when the United Nations does send its forces to uphold the peace, they must be prepared to confront the lingering forces of war and violence, with the ability and determination to defeat them.”  Fifteen years ago, this frank and groundbreaking assessment concluded that the UN was neither fully empowered nor enabled to achieve this in its most core of mandates: peace and security.

As this High Level Independent Panel on Peace Operations embarks on its critical work, it is clear that much has been achieved since the publication of the Brahimi report.  However, in one area of increasing relevance to war, violence and their resolution in both peacekeeping and peacebuilding contexts, organized crime, the UN System appears to be lacking both the “ability and determination” to respond.

The capacity of both state and non-state actors to draw upon illicit flows or ally with criminal groups to exacerbate violence, prompt and prolong conflict, and resource war has been thrown into increasingly sharp relief in the context of modern conflict. Countries beset by rampant crime, not inter- or intra-state war, rank as the most violent in the world. But while the synergistic relationship between crime and conflict is becoming increasingly recognized, it remains poorly understood, marked by the paucity of responses and apparently stymied by lack of political will.

This short input brief is intended to highlight the core impacts of organized crime on the ability of UN peacekeeping, peacebuilding and political missions to achieve their mandates; provide a brief overview of the evolution of UN System responses and their efficacy, and finally propose for consideration by the High-Level Panel, a number of ways the threat of organized crime and illicit resources could be better addressed.  The report draws upon the expertise and experience of the Global Initiative Network: an independent, multi-disciplinary and globally representative network of experts on transnational organized crime.

Arms Trafficking in Syria: A Case of the Biter Getting Bitten

Narco‐belligerents Across the Globe: Lessons from Colombia for Afghanistan?