On April 5, the Global Initiative against Transnational Organized Crime participated in the 8th installment of the 2016-2017 Homeland Security Symposium Series, hosted by the Center for Law & Human Behavior (CLHB) at the University of Texas at El Paso (UTEP) under the direction of the Borders, Trade, and Immigration Institute (BTI). 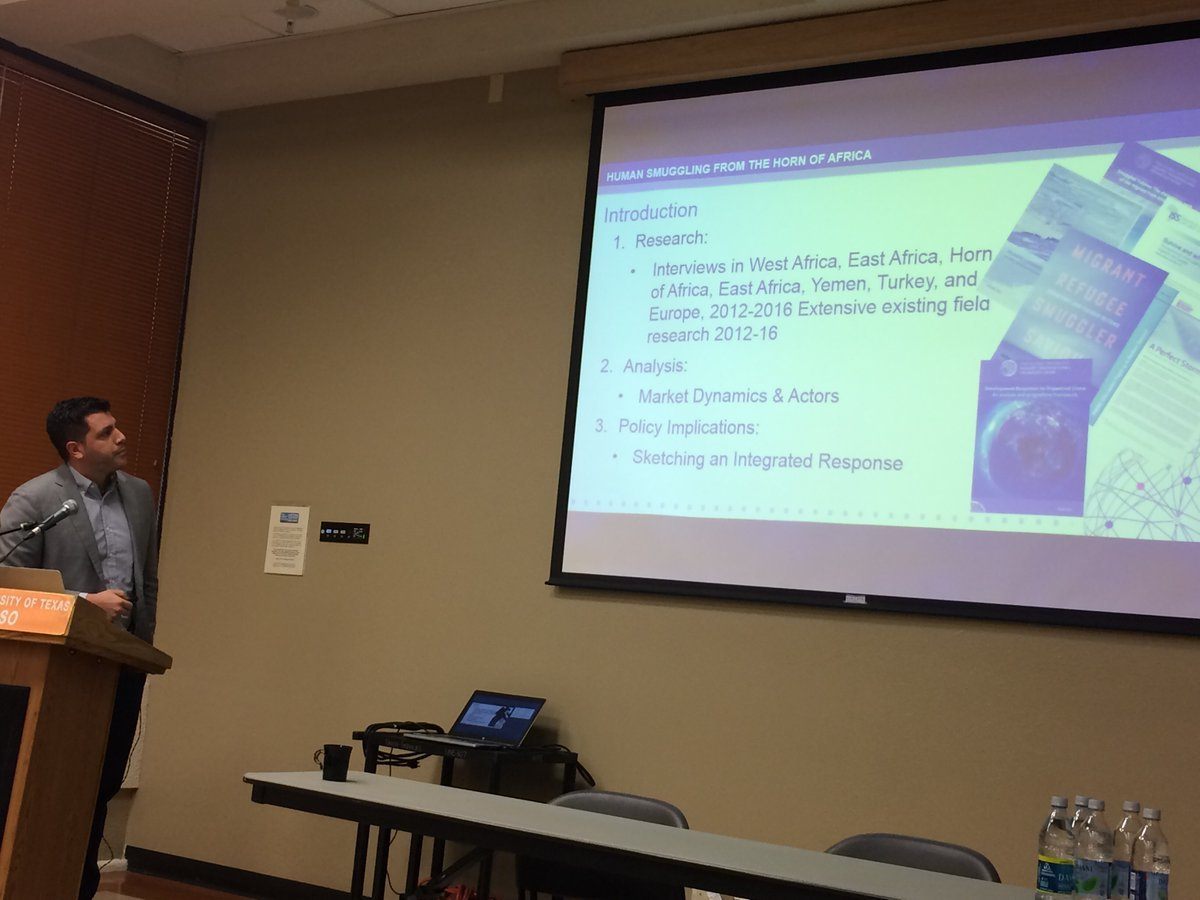 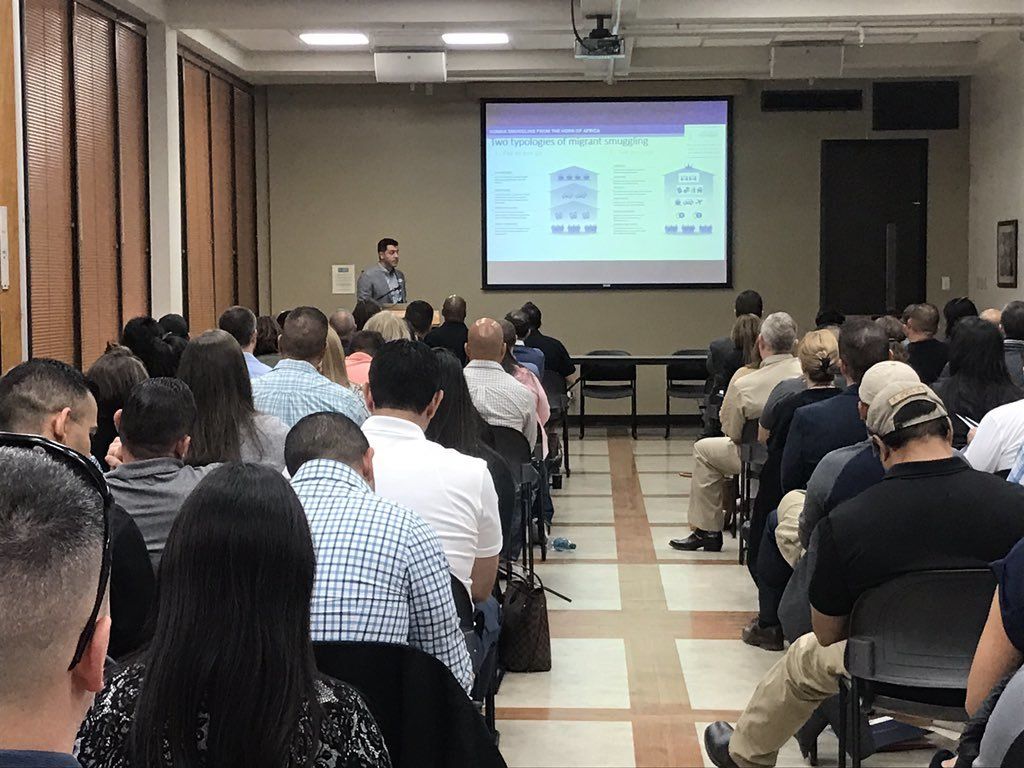 The symposium, titled Migrant Smuggling: Global and Comparative Perspectives, brought together scholars and researchers from around the globe to present on various case studies of migrant smuggling from Africa, the Middle East, Asia, Australia, and North America. The goal of the panel was to highlight the increased sophistication of smuggling groups, the role of organized crime in migrant smuggling, the ways in which groups are changing and adapting, the role of social media and technology in the smuggling market, and the challenges these developments pose for governments, policymakers and law enforcement practitioners. 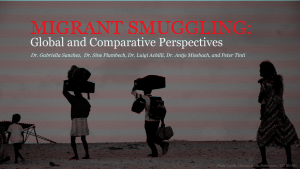 Peter Tinti, representing the Global Initiative, presented on The Changing Political Economies of Migrant Smuggling Networks in Africa: New Challenges and New Risks.
Building off of recent research carried out by the Global Initiative in the Sahel, North Africa, East Africa, and the Horn of Africa, Tinti examined the extent to which policies pursued by local governments and their European counterparts have shaped and altered the migrant smuggling market along key smuggling routes. Additionally, he shared recent findings regarding the political economies of migrant smuggling in specific routes and in key migrant smuggling hubs, as well as the ways in which certain policies risk exacerbating the current “migrant crisis.” Hastily planned and ill-conceived policy interventions, Tinti argued, risk creating new sets of intractable security challenges in various weak states in Africa, and are likely to increase the vulnerability of migrants and asylum seekers.

Tinti also fielded questions form the audience, comprised of over 100 practitioners that consisted of law enforcement, border security, and government officials from the El Paso area working at the local, state and federal level. Questions included the extent to which migrant smuggling networks and drug trafficking networks in the Sahel overlap, and the extent to which the proceeds from the migrant smuggling industry are directly benefitting armed Islamist movements, such as Al Qaeda in the Islamic Maghreb, the Islamic State (ISIS), and Al Shabaab.

Read the supporting paper below.

Peter Tinti and Tuesday Reitano also contributed to the openDemocracy The Human Smugglers Roundtable. Their response can be found here.

For more information on these particular dynamics, please see recent reports published by the Global Initiative against Transnational Organized Crime in partnership with the Inistitute for Security Studies.

The Global Initiative would like to thank the organizers of the event, particularly Victor M. Manjarrez Jr. and Gabriella Sanchez, as well as the University of Texas at El Paso for the opportunity to share our work with the stakeholders in attendance.

The Changing Political Economies of Migrant Smuggling Networks in Africa

Trends in human trafficking and smuggling in post-revolution Libya

Resource Predation on Migrants by Militias and State