As in our previous bulletins, in this 5th issue of the Risk Bulletin produced by the Civil Society Observatory to Counter Organized Crime in South Eastern Europe,  we start by looking at a hotspot of organized crime, this time Novi Pazar in southern Serbia. Then we look at the production and use of synthetic drugs in the Western Balkans, particularly in Serbia and North Macedonia. We also focus on recent cases of smuggling of migrants off the coast of Albania and Montenegro.

1. A renaissance of crime in Novi Pazar?

A spate of violent incidents has put Novi Pazar in southern Serbia back on the map as a hotspot of organized crime. The city, situated along key trafficking routes, once had the reputation of being the main heroin warehouse in Europe. We look at its past and present links to illicit economies. 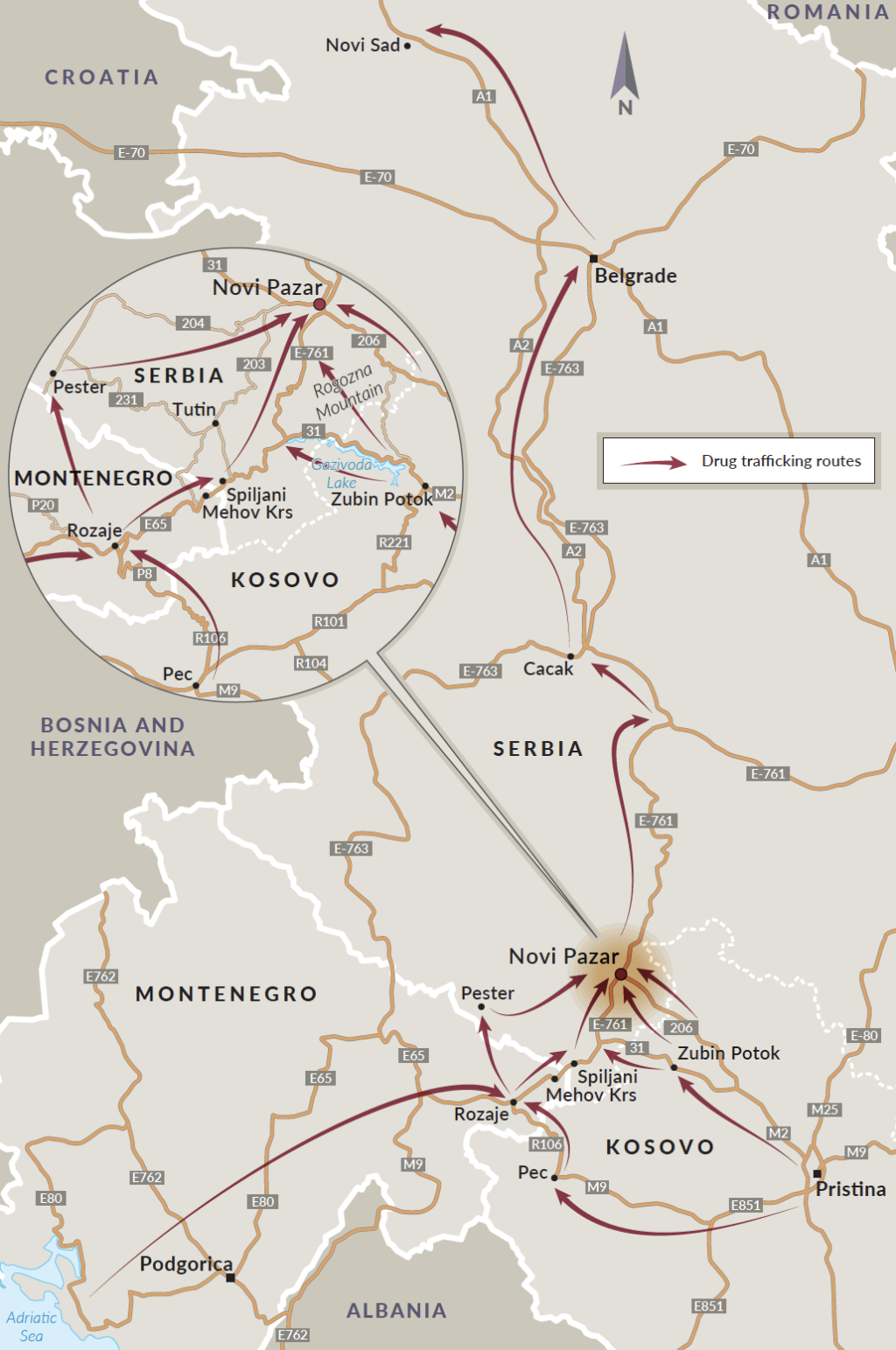 2. Synthetic drugs in the Western Balkans.

The Western Balkans is well known as a transit region for the trafficking of drugs, like cannabis, cocaine and heroin. But, as examined in this article, there are signs that the region is also a producer of synthetic drugs, as well as a growing consumer market.

Recent rescue operations in the Adriatic off the coasts of Albania and Montenegro suggest that a growing number of migrants are being smuggled by boat from marinas and ports in those two countries. We look at recent cases and what they indicate about a shift in smuggling routes and methods.

In March 2016, North Macedonia legalized the cultivation and export of cannabis for medicinal use. We look at lessons learned from North Macedonia’s experience over the past five years, particularly related to regulation, and the dangers of legally-grown cannabis landing on the black market.

The city of Vlora in southern Albania has a reputation for being a place for producing criminals who apply their skills at home and abroad. For more than 20 years, the Vlora Youth Center has been working with young people in the community to expand their horizons, skills and opportunities to support them along a path towards legal livelihoods. We talk to the director of the centre, Alketa Dhimitri, about her work and the challenges and opportunities that she sees.