As in every issue, we focus on a hotspot of organized crime. This time, it is Brcko in northern Bosnia and Herzegovina. Based on interviews and first-hand observations, we explain the factors of vulnerability and the types of trafficking that are prevalent in this small region, as well as problems of corruption in the police. 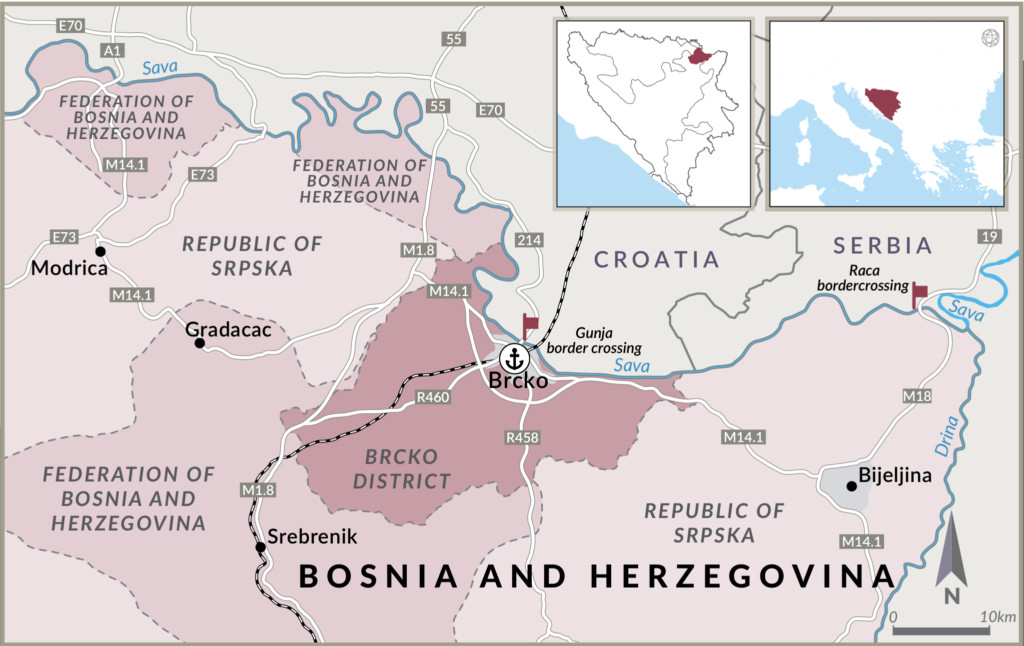 1. Could war in Ukraine affect organized crime in the Western Balkans?

We look at how the war in Ukraine might expand the opportunity space for organized crime in the Western Balkans, including as a result of arms trafficking, money laundering, sanctions busting, the movement of fighters or a possible shift in trafficking routes.

2. Bosnia and Herzegovina has become a key transit country for weapons smuggling in Europe.

Bosnia and Herzegovina is both a source and a transit country for the smuggling of small arms and light weapons. In this story, we look at where the guns come from, where they go and who is involved in this business that contributes to terrorism, war, and organized crime.

3. Brcko: A market for organized crime.

In this issue, we focus on the hotspot of Brcko in northern Bosnia and Herzegovina. This district, close to Bosnia’s borders with Croatia and Serbia, which has had a reputation since the early 1990s as a marketplace for everything, has recently witnessed a number of incidents concerning the smuggling of migrants, weapons, and drugs. We look at the factors of vulnerability and the current situation.

4. Extortion is underestimated and under-reported in Serbia.

Thanks to a scholarship from the GI-TOC’s Resilience Fund, Milos Katić from Vojvodina, Serbia, carried out research on extortion and usury in the country. We profile some of the main findings of his research, published in December 2021.

In recent years, the Serbian media has published reports about missing babies. While most of the cases under scrutiny are from decades past, it appears that stealing and smuggling babies and even embryos may still be a problem in a number of countries, with characteristics of organized crime.

A safe haven in the Gulf: Balkan criminals, and their money, are hiding in the United Arab Emirates