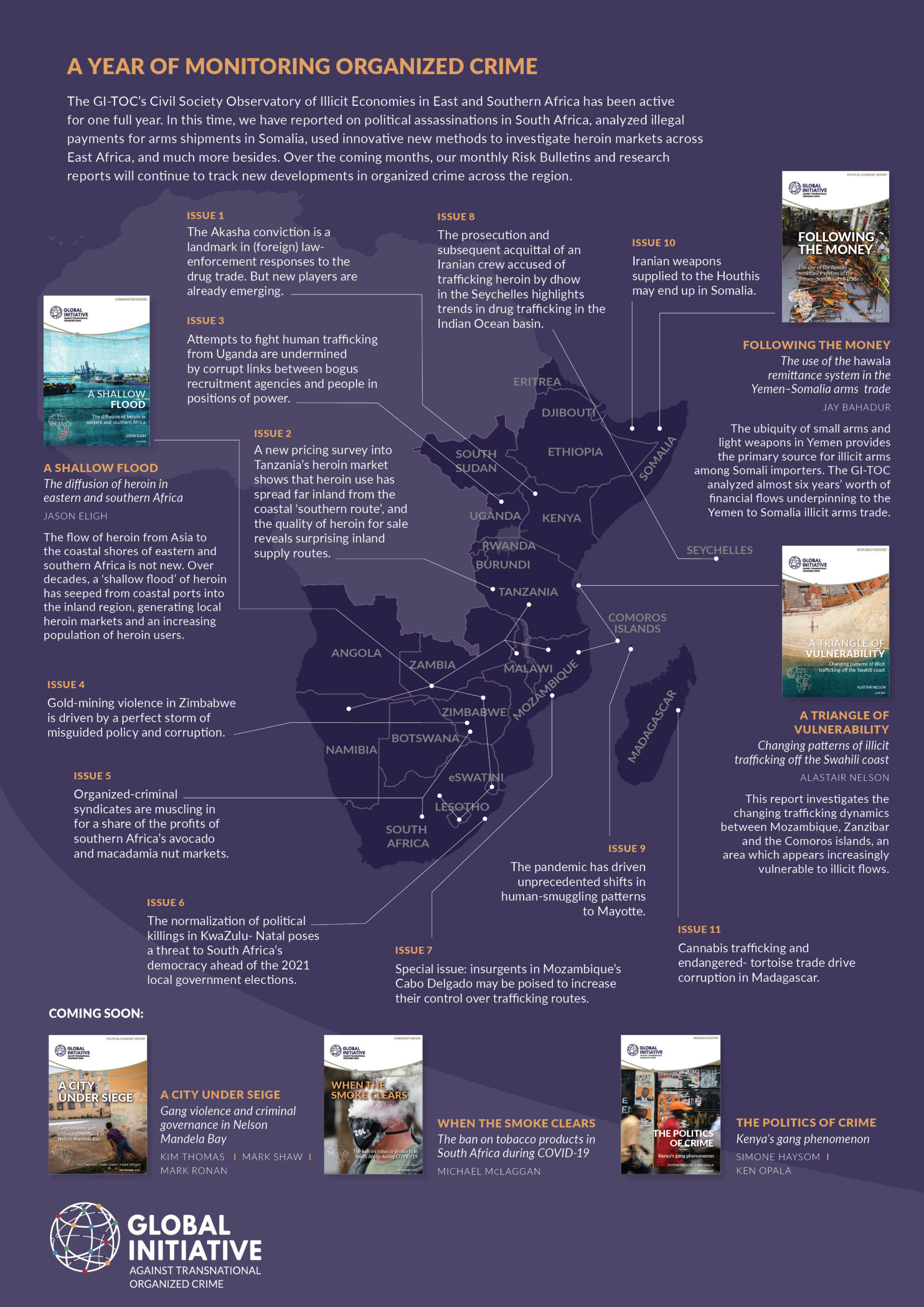 In this issue, we report on four very different illegal markets, distinct in both the commodities and the geographies involved: from ‘zama zamas’ (illegal gold miners operating in South Africa), to violent and organized heists in Kenya’s coffee industry. We also document the ongoing trend of cheetah trafficking via Somaliland, primarily to the Gulf States, and the emergence of Afghan-produced methamphetamine being trafficked along routes used for trafficking heroin.

When the smoke clears:

When the smoke clears: The ban on tobacco products in South Africa during COVID-19

Cape Gangs in Lockdown:Saints or sinners in the shadow of COVID-19?